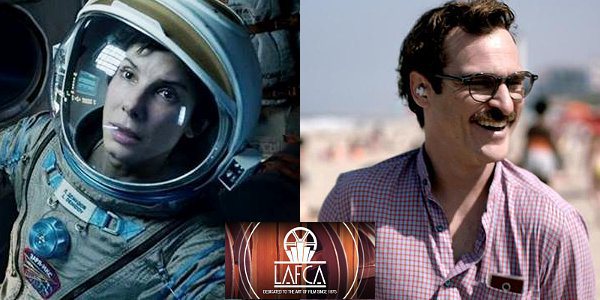 When HER was first screened, the reviews were mixed to say the least. Joaquin Phoenix was not part of any Best Actor discussions and we now know that Scarlett Johansson is not eligible because only her voice is heard. HER is starting to becoming more of a player and getting attention from Oscar voters. GRAVITY is maintaining its momentum with some wins already. Don’t count out 12 YEARS A SLAVE just yet. Many more precursor awards to come.

Best Picture (TIE)
Gravity and Her

Martin Scorseses Silence Gets A Poster

The Race To Be First

Does It Matter That The Academy Added 600 New Voters