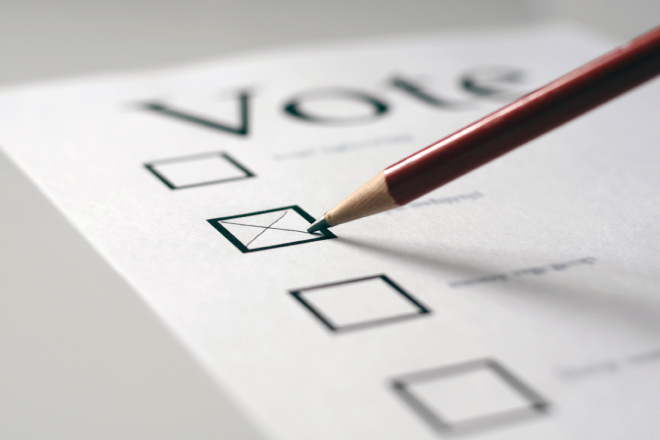 Oscar voting began on Friday and will end Wednesday January 8th. Each branch of the Academy their own number of votes needed for a film to get a nomination.  Best Picture is the only category that all 6,028 members can vote on.  They use the preferential ballot system to come up with up to 10 nominees. The entire process is difficult to understand, but Paul Sheehan explains it pretty well:

Academy members don’t merely cite their favorite films on a blank ballot that they complete online or ship back to the accountants at PricewaterhouseCoopers by January 8. Rather, they rank up to five films on ballots which are then counted by a complicated method. So, take a deep breath, as we dive into the Oscar pool.
While nominees in most of the other races are determined by the traditional system of preferential ballot that winnows the contenders down to a final five, the Best Picture finalists are arrived at by a separate system of tabulation.

There will be between five and 10 nominees for Best Picture. To reap a bid, a film has to be one of the top choices of at least 5% of the members taking part in the nomination phase. To illustrate how this system works, let’s look at last year’s race when there ended up being nine nominees.

All 6,028 members of the Academy get to fill in nomination ballots for Best Picture and are asked to list up to five films.

Last year, it was reported that a record number of members took part in the process, so let’s assume that 90% of members submitted their ballots; that would make for 5,425 ballots in all and 5% of this total is 272 votes.

Ballots are sorted by the first choice and only those films listed at the top of at least one ballot remain in play.

The maximum number of Best Picture contenders is 10. In our scenario, the initial threshold for a nomination is set at 494 votes (5,425 divided by 11 and rounded up). If each of 10 films reached this cut-off, they would account for 4,940 ballots, making it mathematically impossible for an eleventh film to get the requisite 494 first place votes.

The surplus rule is applied to all films that are listed first on at least 10% more ballots than the initial threshold required for a nomination. (For other categories, the trigger is 20%). The rationale for this rule is so that someone can vote for a hugely popular picture without fear that their ballot doesn’t matter.

In our scenario — where the threhold is 494 votes — the surplus rule would apply to those films which received at least 543 first place votes. Each of those ballots is apportioned as follows: a share goes to the first place film such that it reaches the initial nomination threshold and the remaining share goes to the second place film if it is still in play (otherwise to the next film on the list that is still in play).

Which films were likely to be listed second on those ballots that trigger the surplus rule? Did members who loved “Lincoln” like “Django Unchained” almost as much? Were those fans of “Argo” also enamored with “Zero Dark Thirty”?

Those films that have less than 1% of the ballots following the surplus rule redistribution (in our scenario, that would be 55 ballots) are out of the running. These ballots are redistributed to the next film listed which is still in play (i.e. they will not be shifted to other films with less than 1% support found lower down on these ballots).

The counting is over at this point and all those films with at least 5% of the total ballots cast (in our scenario, 272 ballots) were the Best Picture nominees.

Among them, our 28 Experts were predicting 15 different films to be nominated for Best Picture. (Compare that to the previous year, when 21 films landed on at least one Expert’s list, here.)

Of those contenders with the broadest support, six — “Argo,” “Les Miserables,” “Life of Pi,” “Lincoln,” “Silver Linings Playbook,” and “Zero Dark Thirty” — made the grade with all of our Experts.

“Django Unchained” got 26 votes, “Beasts of the Southern Wild” earned 25 votes and “Amour” logged 18 votes. That trio also landed in the Best Picture lineup, which had nine contenders in all.

The tenth slot might have gone to “Moonrise Kingdom,” which made the cut with 17 of our Experts but failed to cobble together the 5% needed for a nom by a combination of first place votes and second place positioning behind films that triggered either the surplus or minimal rule.

Now it all makes perfect sense.

Thank You For Your Service Gets A Trailer

A Look At The Best Actress Race