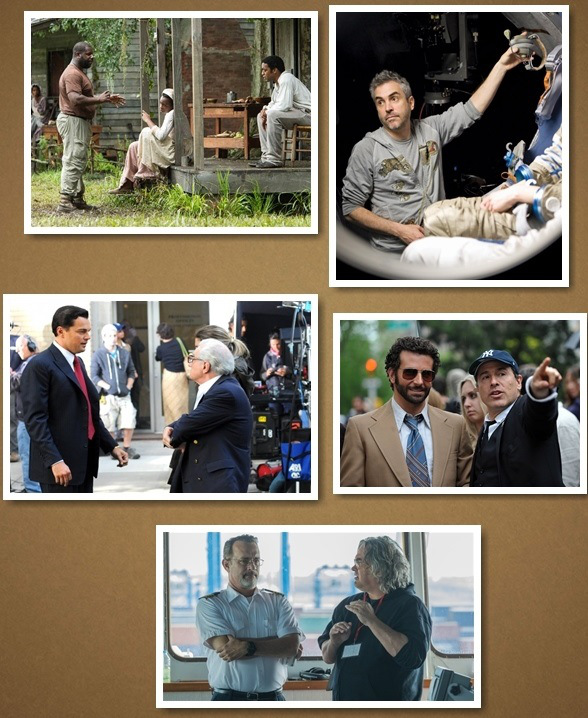 The only real surprise, if you can even call it that is Martin Scorsese. WOLF OF WALL STREET has shown to be controversial and that can scare off voters.  The DGA consists of 15,000 members compared to the 377 Oscar voters, making the DGA a much better representation of the best movies of the year.

The Directors Guild of America nominees are (usually, sometimes) the biggest predictor of Oscar nominees and the Best Picture winner. Only seven times has the winner of the DGA award not gone on to win the Oscar . The most recent being last year when Ben Affleck went on to win the DGA and he did not get an Oscar nomination.  Although ARGO went on to win Best Picture. This is usually the exception and not the rule, BUT Oscar ballots are due tomorrow (Wednesday) at 5pm. We can assume that most of the ballots have already been turned in well before today’s DGA nominees were announced. The Directors Guild may not have the influence that it once did.

National Board Of Review Winners