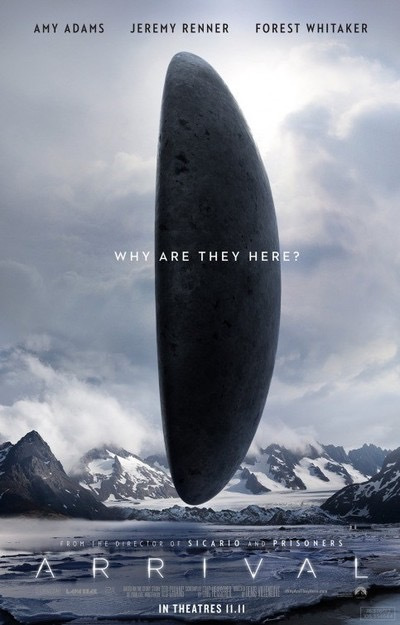 Arrival premiered at the Venice Film Festival in September to mostly favorable reviews. It currently has score of 100% on Rotten Tomatoes. Sasha Stone at AwardsDaily has named Arrival as one of the best of the year. She knows though that the Academy may not agree. They tend to stay away from Sci-fi, but if the reviews stay strong and it makes some money at the box office, you never know.
Arrival opens November 11th.

The latest trailer was released this week.

Blade Runner 2049 Gets A Second Trailer

Thank You For Your Service Gets A Trailer

Academy Members Want Voting Extended Too Many Movies To See

Can Wonder Woman Be An Oscar Contender

Only The Brave Trailer