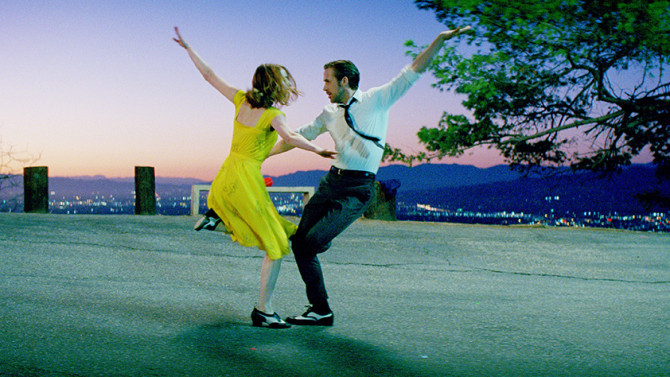 La La Land was called the Best Picture frontrunner way back in August when it premiered at the Venice Film Festival. It then maintained its frontrunner status at both the Telluride and Toronto film festivals. Now that the guilds have announced their nominations, is La La Land really a lock to win Best Picture?

-It did not get the SAG nomination. 160,000 actors vote in SAG with a majority of them also voting in the Oscars. If they thought that it was strong enough it would have received the SAG nomination. Regardless of being a typical ensemble or not. Last year when we thought the Revenant was going to win Best Picture, it too was missing a SAG nomination. Spotlight had the SAG and won. The last time a movie won Best Picture WITHOUT a SAG Ensemble nomination was Braveheart in 1996. That is a big stat to overcome.

-It’s been the clear leader for 6 months already, and early frontrunners have a hard time making it all of the way. It’s a long Oscar season and people are getting tired of hearing about La La Land and questioning if it is really “that good”.

-The Oscars are no longer afraid to split Best Picture and Best Director. The more visual film gets Director (Gravity, The Revenant) and the thematic film gets Best Picture (12 Years a Slave, Spotlight). I can easily see Best Director going to Damien Chazelle and Picture going to Moonlight or Manchester by the Sea.

-Best Picture often has a good backstory that everyone can root for. (e.g. the movie was almost never made or the director worked his whole life and almost died etc) Director Damien Chazelle has not much adversity in his life. He went to Harvard and his first film Whiplash was a huge success. Voters like a more down and out backstory.

-People aren’t afraid to hate La La Land. It is socially acceptable to not be a fan. In the preferential ballot that the Oscars use, a film has to be overwhelmingly loved to win. The least divisive film that anyone can sit down, watch and love or at least like wins. That may not be La La Land.

-Musicals rarely win Best Picture. When they do, the singing must be spectacular. Emma Stone and Ryan Gosling are not the strongest singers ever seen on film.

Predicting La La Land for Best Picture is still a pretty safe bet right now. It still needs to win the PGA and DGA to be in the game. Don’t discount Moonlight just yet.