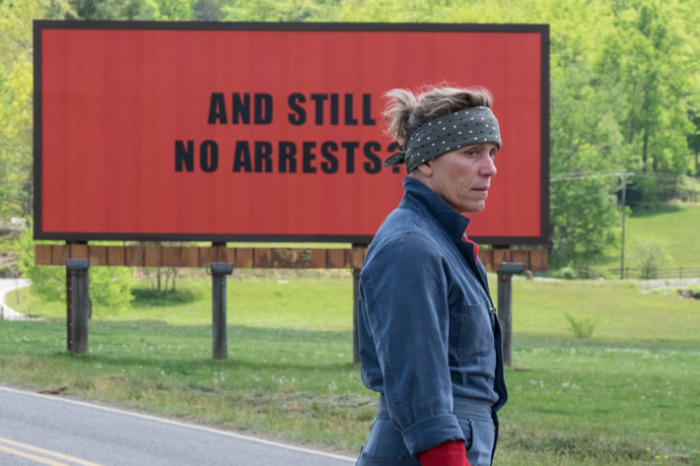 Martin McDonagh’s, Three Billboards Outside Ebbing, Missouri took home the Audience Award at the Toronto International Film Festival on Sunday. It beat out other favorites like The Shape of Water, Call Me By Your Name, Lady Bird, and Stronger. I, Tonya was first runner-up and Call Me by Your Name was second runner-up.

Three Billboards Outside Ebbing, Missouri stars Frances McDormand as a mother who becomes frustrated by the police’s progress in her daughter’s murder that she rents out three billboards with a message for the town’s police. Also starring Woody Harrelson and Sam Rockwell, the film has already received significant Oscar buzz since its premiere at TIFF.

The last time a movie won the TIFF Audience Award but failed to earn a Best Picture nomination was Where Do We Go Now in 2010.  Three Billboards now gets a major publicity boost and joins the Oscar buzz conversation.

Bleed For This Trailer

A Look At The Best Actor Race

The Birth Of A Nation Living Poster