The Associated Press wrote up some facts about this years nominees.

RECORD BREAKERS: Meryl Streep extends her lead as the most nominated performer with her 18th nomination for “August: Osage County.” Woody Allen adds to his record number of writing nominations with his 16th nod for “Blue Jasmine.” ”The Wind Rises” filmmaker Hayao Miyazaki now has the most nods in the animated feature film category with three.

TWICE AS NICE: “American Hustle” and “Her” producer Megan Ellison is the first woman and the fourth person to receive two best picture nods in the same year. She joins Francis Ford Coppola and Fred Roos, who were both nominated for “The Godfather: Part II” and “The Conversation” in 1974, and Scott Rudin, up for “The Social Network” and “True Grit” in 2010. 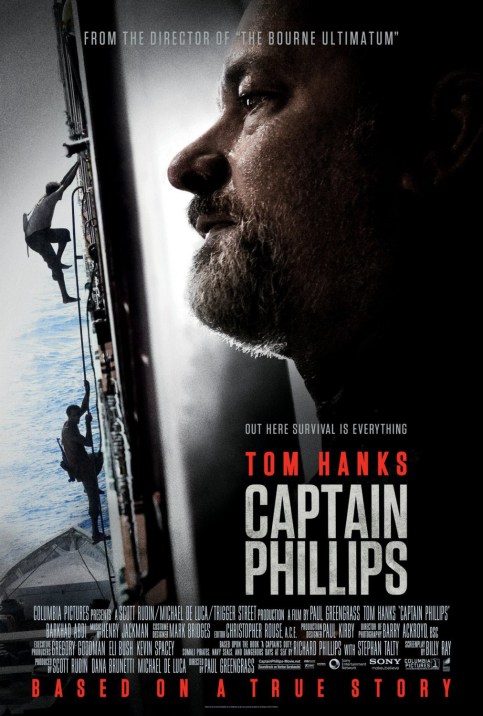 CAPTAIN PHILLIPS is directed by Paul Greengrass and stars Tom Hanks. The film is a biopic of Captain Richard Phillips who was taken hostage by Somali Pirates during the Maersk Alabama hijacking in 2009.

CAPTAIN PHILLIPS as a whole is a good film and Greengrass knows how to create tension in a story that we know how it ends. The pacing is good and never seems too long at 135 minutes.  Everyone knows Tom Hanks can act, but prepared to hear a lot about  Barkhad Abdi, a newcomer who plays the leader of the gang of pirates. This kid goes head to head with Hanks could be in the running for a supporting nomination.  And amazingly he looks exactly like the real hijacker. 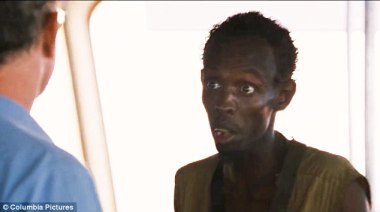 The movie starts with Phillips and his wife driving to the dock where he will board his ship. Obviously something he has done many times.  As with many biopic films, the audience already knows what is going to happen to Phillips and his crew.

Captain Phillips is paranoid as soon as he gets on ship.  The reason for his paranoia is never really explained and this foreshadowing is crow barred in.  We don’t know anything about Captain Phillips except for his direct leadership skills and attention to detail.  The crew on the ship play little parts to support Phillips lead.  They already know that they are going into Somali pirate territory unarmed.  I do not know why they would go out there so vulnerable with only a few measures to deflect intruders.

The pirates arrive early in the movie before we get to know and care about the crew or Phillips. We get a tiny glimpse of what life is like for the pirates but not enough to really care about them either. The Captain knows exactly what to do when they are attacked. Hanks shows little emotion through out his ordeal. Is his compassion for the pirates to save his life or is it real? Is he scared or does he trust the Navy to save him. The audience is never really sure until the end.  Hanks knows in order to get an acting nomination he needs to nail this scene, which he does and for me saved the movie.  CAPTAIN PHILLIPS is on a lot of Best Picture prediction lists, but I think the competition is going to be too tough for this one. Maybe some acting nods. Then again it’s only September. 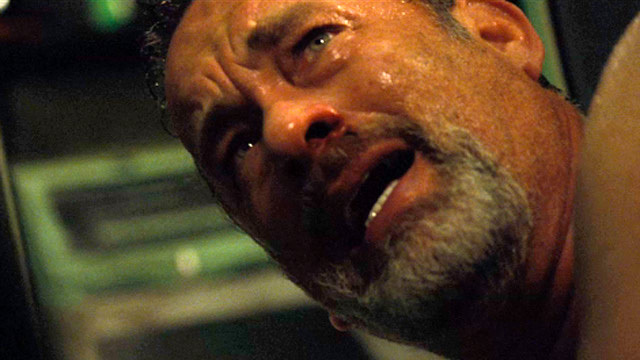 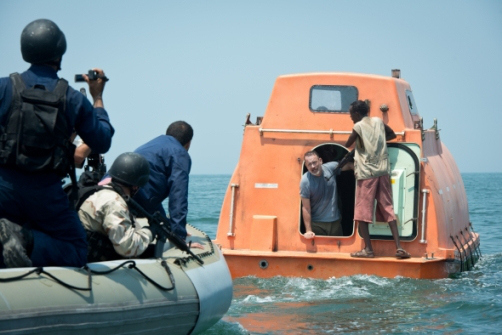 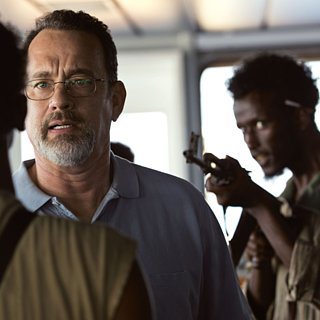 It is scheduled to be released on October 11th and will have its premiere showing at the 2013 New York Film Festival.

Downsizing Gets A Trailer