The Gotham Awards nominees were announced this morning. The Gotham’s don’t necessarily translate to Oscars, but they do give us an idea of the movies that are gaining momentum going into awards season. Before today, we knew that SPOTLIGHT and CAROL could be contenders, but nothing to back it up. Today both films begin their trek to Oscar night.

The Gotham Awards ceremony will be November 30th at Cipriani Wall Street in downtown Manhattan.

BEST DOCUMENTARY
The Act of Killing

Check back tonight for all of the results.

The Gotham Independent Film Awards, selected by distinguished juries and presented in New York City, the home of independent film, are the first honors of the film awards season. This public showcase honors the filmmaking community, expands the audience for independent films, and supports the work that IFP does behind the scenes throughout the year to bring such films to fruition.

The first group to hand out movie awards this year is the Gotham Independent Film Awards.  While it may not have a direct influence on Oscar nominees, it at least gives us an idea of where some peoples heads are at.

The Gotham Independent Film Awards, selected by distinguished juries and presented in New York City, the home of independent film, are the first honors of the film awards season. This public showcase honors the filmmaking community, expands the audience for independent films, and supports the work that IFP does behind the scenes throughout the year to bring such films to fruition.

They announced their nominations today and winners will be announced December 2nd. 12 YEARS A SLAVE leads with 3 nominations. 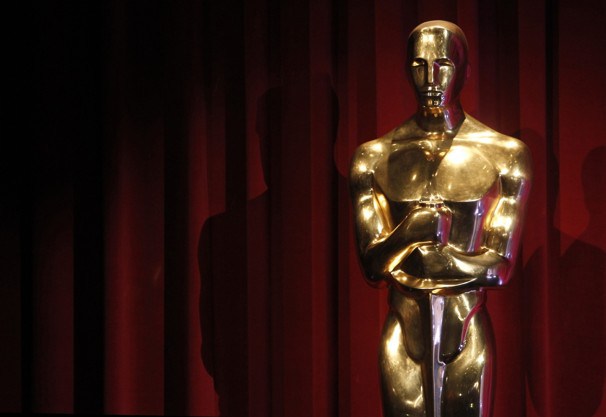 Last year at this time we pretty much knew that THE ARTIST was going to win best picture. The race was basically over. This year, not so much. Nobody really knows how it will play out. LINCOLN and ARGO have been the front-runners most of the year, but then along came ZERO DARK THIRTY. Winning 6 major film critics awards right out of the gate, is pushing it toward an Oscar nomination. The recent “torture or not torture” back lash hurts it a bit. The old guys voting for Oscars hate controversy. DJANGO UNCHAINED will be set back by the fact that many people are not in the mood for a bloody and violent move after last weeks tragedy in Connecticut. When the Academy voters are vacationing with their families during the Holidays and they pull out their pile of screeners to watch with family, they are probably choosing LINCOLN, ARGO or SILVER LININGS PLAYBOOK. Here is my list of movies that I think will be nominated for best picture:

LINCOLN-You can say that it is long, boring and not “cool”, but you can’t deny the work that went into making this epic. Spielberg spent 9 years working with Doris Kearns Goodwin, whose book the film is based on, and screenwriter Tony Kushner to write an extremely detailed and inspiring script. Great actors are always in best picture nominees. Everyone can agree that Daniel Day Lewis knocked it out of the park. Along with Sally Field and Tommy Lee Jones. I still think it is in the lead to win the whole thing and getting the most nominations this year, but the competition is still tough.

ARGO-Everyone likes ARGO. It is the safest movie in the bunch and the one with the least controversy.

ZERO DARK THIRTY-Katheryn Bigelow researched the hell out of this movie. Getting unprecedented access to State Department files describing the killing of Osama Bin-Laden. The critics love it. It has the highest score on Metacritic right now with a 95. (LINCOLN is at 86). Jessica Chastain is the front-runner for best actress which always helps. It may be hurt by the previously mentioned controversy.

LES MISERABLES– There are some pretty bad reviews out there about this movie, but it certainly has its fans. Many Oscar bloggers have it as their number one to win. It is impressive that all of the singing was done live while it was shot. If anything, you have to give Tom Hooper credit for that. Anne Hatahway’s short time on-screen will probably win her a best supporting actress trophy. If you are a fan of the Broadway version or musicals in general, it will probably be your favorite movie of the year. The problem is there are a lot of people who aren’t fans of watching 3 hours of singing. It will get a nomination, but not a win.

SILVER LININGS PLAYBOOK– I was not a fan of this movie. I just don’t get all of the hype. At first I thought something was wrong with me and I was the only one who didn’t get it. It is a mess and you see the ending a mile away. It still has enough support to get a nomination. Some are predicting it to win. Let’s hope not.

LIFE OF PI– It started as a book that was thought to be “unmakeable” as a film. Ang Lee did it and he did it well. The 3D is AVATAR caliber. The story has some holes, but the visual effects make this movie a lock for a nomination. It will struggle due to the fact that there are mostly first time actors in it. But is has the momentum to get a nomination.

BEASTS OF THE SOUTHERN WILD– My personal favorite of the year. Thirty year old first time Director Benh Zeitlin makes a pretty damn good movie. This movie was handmade and had nothing to lose. Zeitlin used all first time actors including 5-year-old Quvenzhané Wallis. BEASTS costs $1.8 million to make compared to huge block buster budgets that compete for awards. Unfortunately it is getting lost in the shuffle. The rich and famous Oscar voters may not want to reward a movie that is not in the “club”. It has won a bunch of critics awards and in the top 10 AFI films. So there is some hope.

MOONRISE KINGDOM-Another little movie that could. It is campy, eccentric and witty. It won Best Feature at the Gotham Awards and the Golden Globes nominated it for Best Motion Picture-Musical or Comedy. It is holding its own.

DJANGO UNCHAINED-It is a few days from being released, but critics and Oscar bloggers have seen it. People either love it or hate it. The Weinstein Company pressured Tarantino to get DJANGO released this year. Some people in the know claim that he was rushed and completely changed the ending to make that happen. That is not what you want Oscar voters to know. The Weinsteins are pushing REAL hard for Silver Linings Playbook to win Academy Awards. Much more than they are for DJANGO. Not a good sign.

THE MASTER-I was not sure where I should put this movie. I have it in the “might happen” category because it has won so many awards so far this year. The hype has certainly died down since it’s release, but is still floating around. The reviews might be too decisive for the Academy. They like stories with a plot and an ending. This has neither.

FLIGHT– If Joaquin Phoenix does not get a Best Actor nom. for THE MASTER then Denzel Washington might make the list. John Goodman could and should get Best Supporting Actor. In other words, this is an acting movie. It is not getting enough attention in the precursor awards to get a nomination.

AMOUR-This movie has a lot of fans. All hoping AMOUR can get nominated for Best Picture. My guess is that it will get a Best Foreign Language nomination and win an Oscar there.

THE DARK KNIGHT RISES– Early in the year I wondered how after THE DARK KNIGHT was snubbed could TDKR not get nominated for Best Picture. Then I went to see it and now I now it can’t.

BEST EXOTIC MARIGOLD HOTEL-This was a little surprise that came out in the Summer. It gave Oscar bloggers something to talk about when nothing else was going on. It did well at the British Film awards and is nominated for a Golden Globe. The competition this year is too tough for this one. Maybe some love for Judi Dench in acting. What movies do you think will be nominated for Best Picture?

The Independent Filmmaker Project is the oldest and largest organization of independent filmmakers. They  announced their nominees for the Gotham Independent Film Awards starting the film awards season. The awards will be handed out November 26th in New York.

Middle of Nowhere which hasn’t had too much attention leading up Oscars, might now be part of the discussion.

Breakthrough Director
Zal Batmanglij for Sound of My Voice
Brian M. Cassidy and Melanie Shatzky for Francine
Jason Cortlund and Julia Halperin for Now, Forager
Antonio Méndez Esparza for Aquí y Allá (Here and There)
Benh Zeitlin for Beasts of the Southern Wild

Breakthrough Actor
Mike Birbiglia in Sleepwalk with Me
Emayatzy Corinealdi in Middle of Nowhere
Thure Lindhardt in Keep the Lights On
Melanie Lynskey in Hello, I Must Be Going
Quvenzhané Wallis in Beasts of the Southern Wild

The 3rd Annual Gotham Independent Film Audience Award will be voted on again by the independent film community, 230,000 film fans worldwide. To be eligible, a U.S. film must have won an audience award at one of the top 50 U.S. or Canadian film festivals from November 2011 through October 2012. Voting begins today at https://gotham.ifp.org/audience_award for the 31 films on the eligibility list. The nominees will be announced November 5th, and the winner will be revealed at the Gotham Awards ceremony.

The recipient of the Best Film Not Playing at a Theater Near YouŇ award is determined by the editorial staff of Filmmaker Magazine, a publication of IFP, and a curator from The Museum of Modern Art (MoMA). All of these nominees will also be screened for the public at MoMA from November 16-19, 2012.

Sneak Peak Manchester By The Sea

The Best Movies Of 2013 Compilation