The first teaser trailer for THE MARTIAN was underwhelming to say the least. Now that an official trailer has been released, I think we might have something here.

One of the few movies with Oscar potential that has yet to be seen in MONUMENTS MEN.

In a race against time, a crew of art historians and museum curators unite to recover renowned works of art stolen by Nazis before Hitler destroys them. (IMDB)

Many Oscarologists are predicting a Best Director and Best Actor nomination for George Clooney. (He has to be associated with an Oscar movie every year).

A new trailer was released on Thursday.

Already on many Best Picture lists, THE MONUMENTS MEN now has its first poster. 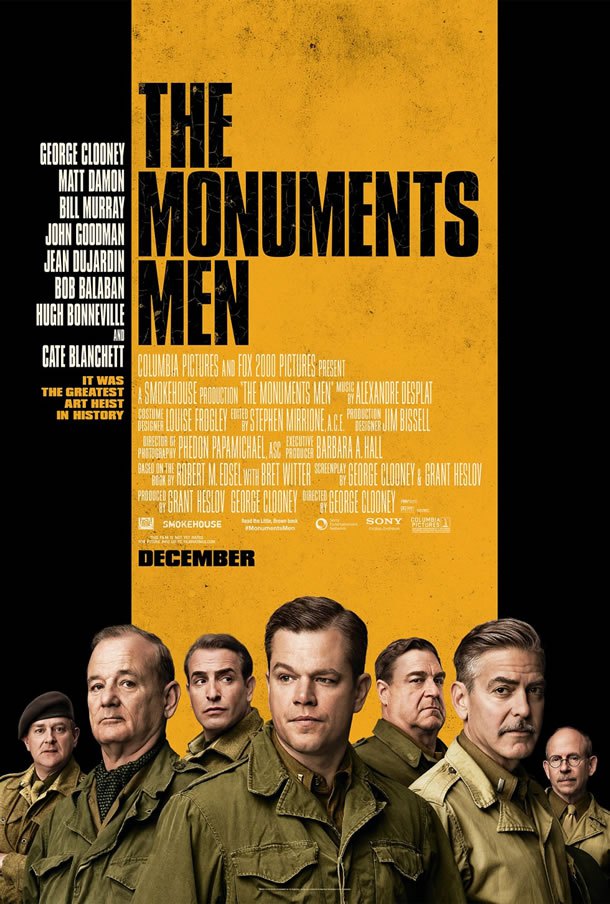 THE MONUMENTS MEN is predicted to be a heavy hitter during awards season.

THE MONUMENTS MEN is co-written, produced and directed by George Clooney and starring Matt Damon, Cate Blanchett AND Clooney. Based on a book,  a crew of art historians and museum curators are dispatched to recover renowned works of art stolen by Nazis before Hitler destroys them. It is scheduled to be released December 18th.

#ELYSIUM looks great, but I only watched half of this trailer. It gives away the whole damn movie!

Call Me By Your Name Gets A Trailer

The Most Likely Best Animated Feature Winner Is