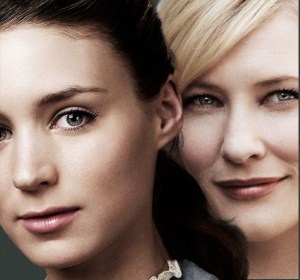 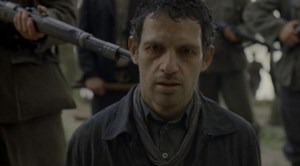 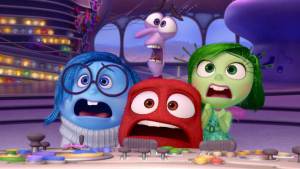 OUT OF THE FURNACE is not getting the festival treatment that other Oscar contenders are, but it shouldn’t be counted out. 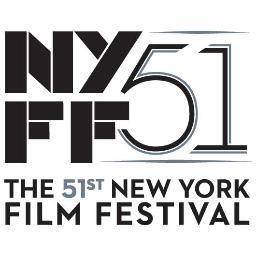 CAPTAIN PHILLIPS opened the New York Film Festival on Friday night. Director Paul Greengrass, the Somali actors and Tom Hanks were all in attendance.  CAPTAIN PHILLIPS is looking more and more like a best picture nominee. With an acting nomination for Hanks.  His last Oscar win was 13 years ago for FORREST GUMP.

See my review of CAPTAIN PHILLIPS

The New York Film Festival has become more of an influential part of awards season that it used to be.   Other Oscar contenders to premiere are, Spike Jonze’s HER and Ben Stiller’s THE SECRET LIFE OF WALTER MITTY.  Movies seen in earlier festivals will also play in NY:

These movies have all been reviewed by critics and praised by audiences. The festival runs through October 13th.

The full NYFF schedule can be found here.

If you go by some of the trailers that have been released so far, it is looking to be a good year at the movies. Oscar contenders or not here are trailers for Ron Howard’s RUSH, James McAvoy in FILTH and THE WAY, WAY BACK.

AUGUST:OSAGE COUNTY is an adaption of the Broadway show of the same name and won both a Tony and Pulitzer. Written by Tracy Letts, it is about a family overcoming differences “when their alcoholic patriarch goes missing”. It is directed by John Wells and the cast includes Meryl Streep, Julia Roberts, Ewan McGregor, Juliette Lewis, Abagail Breslin and Dermont Mulroney.

Producer Harvey Weinstein is already working on getting AUGUST:OSAGE COUNTY some Oscars. He held a test screening on Monday and some people in attendance are predicting a fourth Best Actress Oscar for Meryl Streep. ioweurl on Tumblr posted this:

Here are some more comments thanks to AwardsCircuit.com:

It looks like reviews are mixed, but they agreed that the acting was strong enough for some awards. In the end this little test screening doesn’t mean anything until the critics see it, but it at lease starts the conversation about possible Oscar contenders.

I am only a peon in the Oscar blogging world. I do not have the opportunity to go to film festivals and studio screenings. And most of my readers are the same. We have to wait for these movies to be released wide.

We go in with our minds made up after reading all the hype. So my goal is not to be the first with reviews or spoilers. My goal is to report which movies have the best Oscar chances by word of mouth and my opinion based on what I have learned the last few years. One thing I have learned is not to predict an Oscar nomination until I have seen the film. I easily buy in to all the hype, but I have learned what the Academy goes for and what they don’t. With that said, they can still be pretty unpredictable. All I can do is post about I think should or will win this year. For all of us “little guys” here is a list of the most likely Oscar contenders and their release dates for November and December:

SKYFALL (Nov. 9) — Bond, James Bond return. Said to be the best James Bond movie in 20 years. Only Oscar that could come from this is the Adele song.

LIFE OF PI (Nov. 21) — Ang Lee makes a great looking film (including 3D) to bring to life Yann Martel’s book about a boy at sea with a tiger. No major stars in it, so look for technical awards. Possible BP nomination.

SILVER LININGS PLAYBOOK (Nov. 21) — This is considered the year’s real spoiler. A romantic comedy,  shows what happens when a teacher gets out of a mental institution and tries to make it back in society. On many BP lists and Jennifer Lawrence is a lock for Best Actress nomination.

HITCHCOCK (Nov. 23) — Anthony Hopkins stars as the acclaimed director. The film shows what went on behind the scenes during the making of “Psycho.” Helen Mirren co-stars and in the running for Best Supporting Actress. Anthony Hopkins is doing a characacher of Hitchcock, Oscar voter don’t go for that.

HYDE PARK ON HUDSON (Dec. 7) — Bill Murray plays Franklin Roosevelt during a weekend when King George VI came to visit. Good costumes, but that might be it.

THE HOBBIT: AN UNEXPECTED JOURNEY (Dec. 14) What? THE HOBBIT comes out this year??

LES MISERABLES (Dec. 14) — Theater folks have been waiting for this one for years. The adaptation of the hit musical has all the elements you could want in a huge Oscar film. Hugh Jackman, Russell Crowe and Anne Hathaway star.

THE IMPOSSIBLE (Dec. 21) — If you think snow is bad, try a tsunami. That’s what faces a family in Thailand in 2004. Naomi Watts and Ewan McGregor star. Acting nominations possible. In my mind Naomi Watts can do no wrong.

THIS IS 40 (Dec. 21) — This comedy about coping with middle age. Paul Rudd and Leslie Mann star under Judd Apatow’s direction. A comedy in the Oscar race?? and is 40 middle age??

DJANGO UNCHAINED (Dec. 25) — Quentin Tarantino makes noise whenever he completes a film. Don’t expect anything different before this one opens. Jamie Foxx plays a slave in the South during a particularly volatile period of time. Leonardo DiCaprio checks in as a bad plantation owner.

ZERO DARK THIRTY (Jan 11) (Dec 18,19 in LA/NY) — What did it take to get Osama bin Laden? Kathryn Bigelow speculates in this drama that takes its own liberties. Joel Edgerton, Jessica Chastain and Kyle Chandler star. Chastain is already being shopped for a Best Actress nomination.

Jeff Wells at Hollywood Elsewhere heard a rumor that one of big anticipated movies to come out this year is a “total disaster”. Nobody knows which movie it is and we can only speculate. Is It LINCOLN, DJANGO UNCHAINED, ZERO DARK THIRTY, ARGO or LIFE OF PI?  Every year there are a few movies that are presumed Oscar contenders and end up falling flat. It only takes a few bad reviews. That is why film festival showings are so important. It can hurt you or really help you. The attendees get conversations started about their favorites and the games begin.

Some of the most anticipated potential award-winning movies this are not yet part of any festival. LINCOLN is looking to be this years WARHORSE in that it so far is being kept a big secret. It has not been announced in any festival line ups. They did release a one sheet from the film, but we have yet to see any other pictures or a trailer. Sometimes a movie company wants to keep a film under wraps knowing that when the critics see it, they will tear it apart. Lessening its chances at an Oscar run. WARHORSE was first shown at public screenings in a handful of cities that critics and bloggers were less likely to attend. This way they could get some feedback on the movie before the attack dogs pounce. If that is the plan for LINCOLN, they may not have as much faith in it as they should.

Of course all of this speculation is what Oscar Bloggers do best.

I Tonya Competes In Oscar Race